If you want to see what sending stage your campaign is at, check its status. The campaign status is formed once the campaign is sent, and it changes with time depending on its success.

If a campaign was created but hasn’t been sent or scheduled yet, you can find it in Campaigns — Emails. Such campaigns are marked as Not Sent in the campaign status box.

You can find the statuses of sent campaigns as well as of scheduled campaigns on the History page — in Campaigns.

You can also find the current status of a campaign in its detailed report. 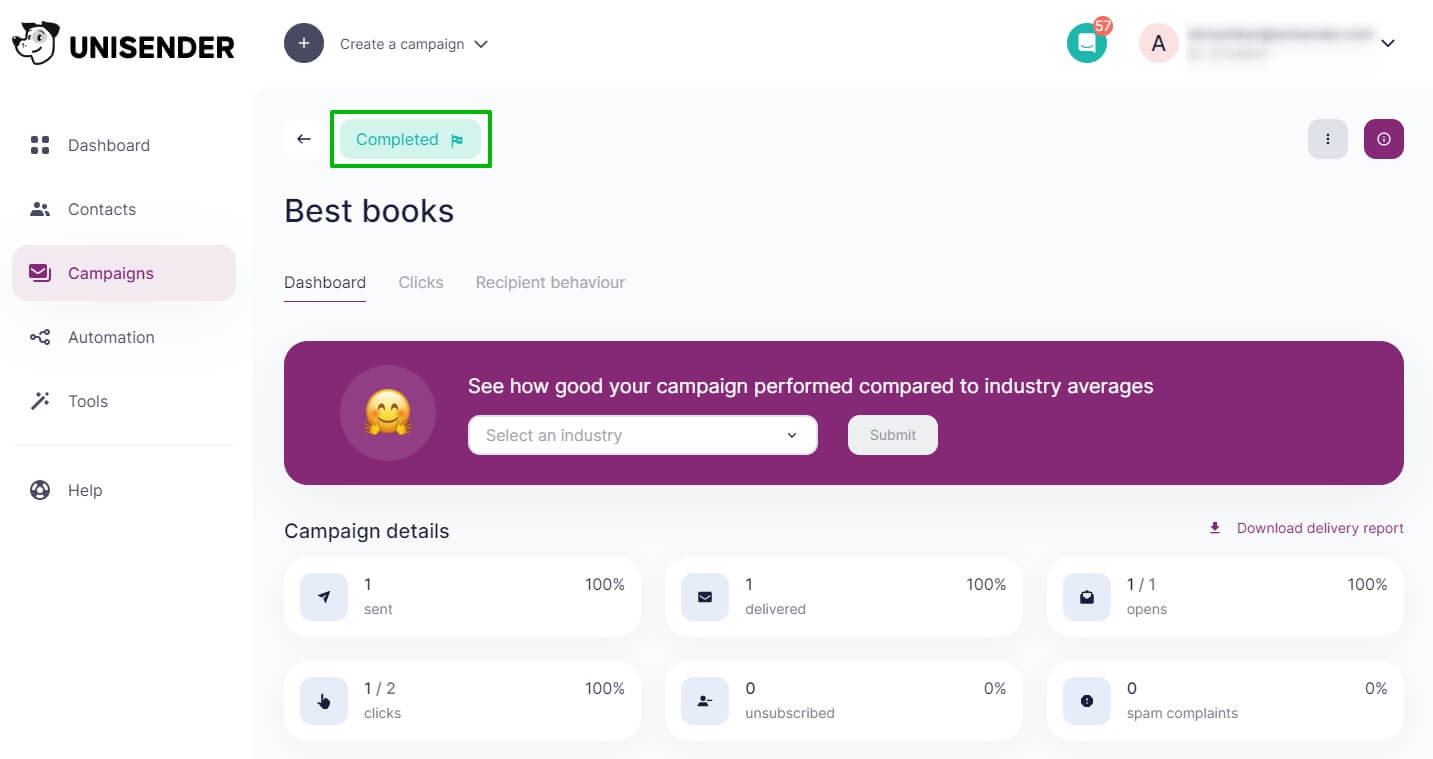 Besides, all campaign statuses are duplicated on the Campaigns page - in Emails.

You will see this status if your campaign is scheduled for a particular time and date and hasn’t been sent yet.

The Planned status is also given to a campaign that has been just sent. It is relevant until the campaign send starts and includes the possible time for moderation.

At this stage, you can still cancel the campaign. To do this, on the Campaigns page find campaign, click on the action menu, and choose Cancel.

You have just cancelled the campaign in your account.

Your campaign is partly sent. The system gives your campaign this status if it is sending it right now but hasn’t completed the process yet. Or, the system has sent a test of the campaign to check if everything is ok with the delivery.

The status will change once the campaign is completely sent.

At this stage, you can’t cancel the campaign anymore.

The campaign was successfully sent, the major part of its statistics collected. The campaign receives this status two days after the campaign is sent.

This status is irreversible: the campaign won’t be finalized. To resend this campaign, make a copy.

How to copy an email campaign

To find a campaign report with a particular status, go to the Campaigns page, find Campaign history, and click on the filter sign.

In the Campaign Status filter of the dropdown menu, choose the status you need, and click on the Apply button.

Pay attention to your campaign statuses to speed up decision-making if there is something wrong with a campaign sending and to quickly define the stage at which the issue occurred.

Did we answer to your question?

Cookies aren’t dangerous: they are just text files with information about your browsing activity on our website. Unfortunately, our website won’t function properly without cookies. Perhaps, you could change your mind? Otherwise, we will redirect you to the Google landing page.